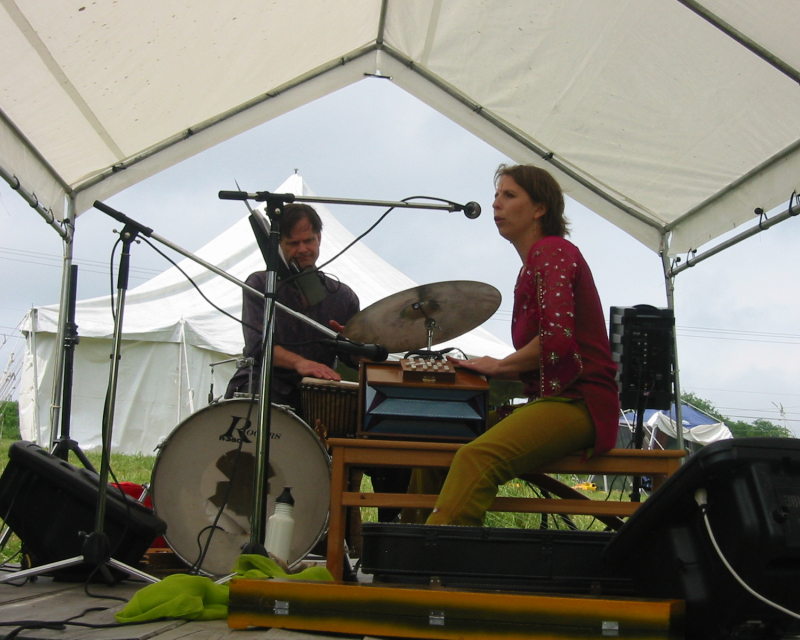 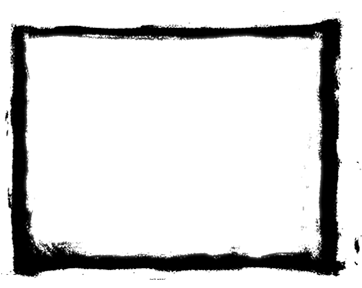 If you're like us, you automatically leaf through a CD booklet to find out what instruments are used. (Of course, chances are that you're not music super-geeks, and that's fine too!) This page is meant for the curious seekers of interesting sounds.

Kwannon uses a wide array of odd instruments. We'll introduce you to a few.

The mountain dulcimer, or Appalachian lap dulcimer, typically has three or four strings and hails from the Appalachian mountains. A folk instrument par excellence, you can finger-pick it or strum it. The latter method is the most traditional, with the bottom strings (often paired) playing the melody and the remaining strings functioning as a drone.

As the dulcimer is Jenne's very first instrument, it's featured on a number of songs, including "Secret Love," "White Sow" and "Unstruck," to name just a few. The kantele is a wing-shaped Finnish zither, although you find it in Slavic countries, too, where it's typically called a gusli. Jenne typically plays it by plucking, although you can also strum it and make chords by stopping strings. We use it on a lot of songs, including "She Draws Her Bow into the Crescent Moon," "A Lover's Hymn to Blodeuwedd" and "Mariana." Both harps are featured in a number of tracks. The C harp, for example, is used in "The Hosting of the Sidhe," "Leborcham Speaks to Derdriu" and "A Farewell," while the F harp is used in "A Song to the Young Son," "Manannan's Song" and "Snowflakes." Here's an unusual one for you: the bulbul tarang, which has been described as a "dulcimer with a typewriter keyboard attached." It has a banjo-like sound, and hails from the Punjab in India. The name means "waves of nightingales." You can hear it on "The Green of May" and "Cathbad gives the prophecy." The psaltery, while it has an old-sounding name, is a folk reconstruction of an instrument seen in Middle Age tapestries. It is a type of bowed zither, with a rather raw yet chiming sound. You can hear it on "The Shrike and the Thorn," "Old Woman" and "Invocation at the Western Gate." Made famous by kirtan music from India, the harmonium is a reed instrument powered by bellows and played with a keyboard. You can hear it on "Oisin on the Shore Sees the Woman" and "Teach Duinn." We also have a simplified version called the shruti box, which has a wilder sound; the shruti doesn't have a keyboard, but holes covered by movable slats. You can hear the shruti in "Hymn to Cybele" and "The Meeting at the Stream."

Two different instruments go by the name ektara, which simply means "one string." One is the toombi, which looks like a fretless one-string instrument. The gopichand is a type of string drum, in which you can change the pitch by squeezing two wooden slats attached to the resonator. Both are from India. You can hear the gopichand on "The Hummingbird." The toombi is on a number of tracks, too, but it's pretty inconspicuous, being a single note. The valiha is a circular, bamboo zither from Madagascar. Like all African string instruments, it's played with alternating hands. To explain, if C is the center note, D will be on your left hand, E on the right, F on the left, G on the right, going all the way around. You can hear it on "Longing," "The Crane Bag" and "Steel Grey Sea." Sadly, our valiha is currently out of commission, until we figure out how to make new frets for it. The autoharp is a relatively modern zither (are you starting to sense a theme here?), initially devised in the late 1800s. You press felt-bearing bars to create chords, and you can either pluck the strings individually (with wicked-looking finger-picks) or strum them. You can hear it on "Newborn."

Transitioning to percussion, we have the berimbau, an instrument traditional to the native tribes of South America. It's a bow with one metal string, which you play by hitting with a stick and augment with a gourd resonator. You can hear it on "Brahma" and as backing percussion on other tracks, such as "Snowflakes."

The pipe dream or pipe drum is a xylophone made of wind chimes, tuned to the pentatonic scale (which means it can make anyone sound good!). It has a lovely chiming sound. You can hear it on "Invocation at the Southern Gate." The kalimba is a bit like a mini-xylophone of metal pins attached to a board; you can hear it on "Limitless." We also have a larger version we can sit on, with wooden tines, called a marimbula -- or "the ass piano."

We also play steel tongue drum, or HAPI drum, which has all of the dreamy reverb of a hang drum, but at a fraction of the price (and, not to mention, easier to play). We linked the company's website above, and would encourage you to go there and explore! You can hear the HAPI on "The Willow" and "Midnight Invocation." There's a wooden tongue drum, too, although we haven't used it for recording yet.

We love our frame drums, which include an Irish bodhran, a few smaller synthetic models with Goddesses painted on them, and one very large instrument that we call "The Drum of Sonic Domination" or "The Voice of God." Jenne picked up the frame drums later in her recording history, so on early Kwannon albums, she is literally smacking her chest or a mic stand to get the frame-drum sound. Thankfully, real frame drums have cut down on the sternum bruising.

Shoshen (and occasionally Jenne) often plays the djembe, a chalice-shaped African drum headed with goathide, and the bougaraboo, which is a larger version headed with cowhide. He also has a conga, although we haven't featured that in recordings yet.

Both Jenne and Shoshen love to play the doumbek, a chalice-shaped Middle Eastern drum with a metal body. Rounding out our drum collection is the udu, an African claypot drum responsible for the tabla-like "boink" percussion you hear on our tracks.

We also have little percussive devices, from the zils (finger cymbals) that are sadly falling apart, Tibetan tingsha cymbals, deertoe rattles (made of nutshells, not actual hooves), claves, shakers galore and chimes, chimes, chimes -- energy chimes, wind chimes, Tibetan bowls and a Tibetan bell. We also have a sistrum like the ones played in ancient Egypt: a stick strung with metal disks that functions as a rattle. We have a riq, a Middle Eastern tambourine with a double row of jingles.

Wind instrument-wise, we have tinwhistles and an ocarina, which you can hear from time to time on tracks. Jenne also has a jaw harp, which has been a little too silly to feature on tracks yet (along with the ass piano).

We also have a synthesizer -- nothing fancy; it comes from Radio Shack -- and a Korg WAVE drum, an electronic drum used on "A prayer to Brighid in times of violence." We try not to over-use the synthetic instruments, however; there are a lot of techno musicians out there who can use them more effectively than us.